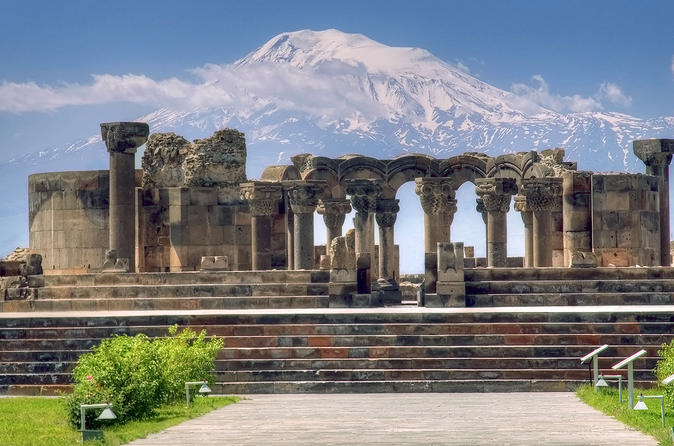 Start exploring Yerevan which is also named “Pink City” for buildings with pink color which gives the stone “tufa”. It’s an old and ancient city therewith considered also a modern and splendid city. Start your tour from Republic Square which was build 1950s by the project of Tamanian 20 years of after his death. Walking through the Northern Avenue, which is the modern part of the capital and considers to be the heart of Yerevan. Afterwards we are next to Opera House and Swan Lake where we can have photo stop. Continue to Cascade monument which is an open-air museum. Climbing up the stairs you will enjoy the fascinating view of Yerevan. Walking through memorial park and stop by the Mother Armenia Monument. . Visit Tsitsernakaberd Memorial and the museum of victims of Armenian Genocide. Departure to Echmiadzin Cathedral (UNESCO World Heritage) which is located about 20km from the capital city.  In this holy place one will be impressed by the spiritual atmosphere around and can hit a candle just for his/her dreams. Drive back to Yerevan with a stop at the ruins of Zvartnots Temple (7th c.).